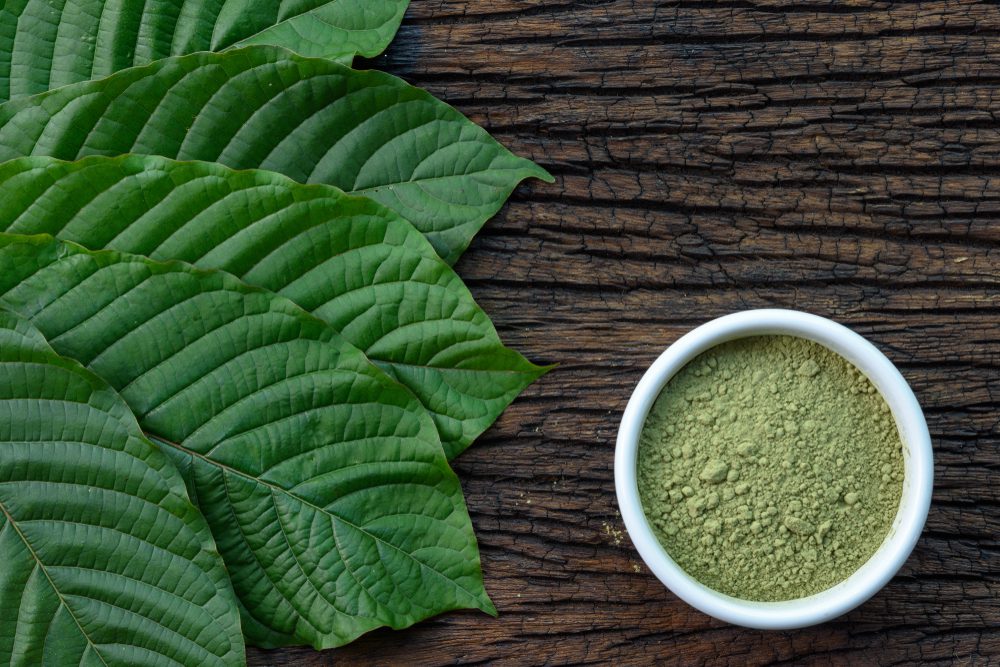 Kratom for Weight Loss – Does it Really Work?

We’ve heard a wide variety of reasons why people love kratom, including people who say they use it for weight loss. Many people say kratom suppresses their appetite, and it’s fairly common for people to report losing weight after they start using kratom. However, much of what we know comes from anecdotal evidence.

In other words, many people report their personal experiences but relatively little in the way of scientific research. To avoid misinformation and follow the science, we’ll review what we know about kratom and weight loss.

Does Kratom Cause Weight Gain?

While many say they lose weight with kratom, others have said the opposite. These statements are somewhat surprising because sources list weight loss as a long-term effect of kratom. Some social media users have written online that certain types of kratom, especially red vein kratom, make them feel very relaxed. In some cases, people say they become too relaxed to do their usual workouts, which may make them gain weight. Outside of a situation like that, however, there are very few reports of people gaining weight because of kratom.

What People Say About Kratom and Weight Loss

If you’re looking for some “miracle supplement” that can help you lose weight without changing your habits, kratom is definitely not what you’re looking for. People who say they’ve lost a lot of weight with kratom talk more about how it helps them make lifestyle changes. For example, increased motivation and energy might help people keep up with their exercise routines.

Researchers have thoroughly documented the mood-enhancing properties of kratom, and some say being in a better mood makes it easier to lose weight. Again, this isn’t a magic solution that will help you shed pounds overnight. On the contrary, people normally describe kratom as one piece of the puzzle.

Mood, motivation, and energy are vital when sticking to a diet or exercise routine. Diet and exercise don’t work overnight; it takes consistency to see results. Some report that kratom helps them improve their outlook and stay more focused. Losing weight is a mental journey as much as a physical one, so you’re more likely to find success if you stick with it when the going gets tough.

Some people report that, even though large amounts of kratom make them relaxed, smaller amounts give them bursts of energy. Increased energy at the gym makes for better workouts. If you’re more energized, you can work harder and longer.

Multiple studies, including this one, prove the importance of a good night’s sleep for weight loss. Getting enough sleep helps the body stay healthy and gives you more energy when you’re working out. Many of our customers say kratom helps them sleep better.

Sleep may seem counterintuitive, considering all reports of people using kratom for energy. The truth is that the amount of kratom makes a big difference and that everyone’s experience is different. Everyone has to find a routine that works for them, and some say kratom fits into different parts of their routines.

Stress eating can be a real problem when you’re trying to lose weight. Do you seek out a candy bar or a bag of chips during a bad day at work? If kratom helps you feel less anxious, you may be less vulnerable to nervous snacking or stress eating.

Many people also claim that kratom suppresses their appetites in general. This effect is commonly listed, but the available studies still leave something to be desired.

Research from 2008 does indicate some of the ways kratom might play a role in weight loss. This study from the Journal of Ethnopharmacology evaluated the effects of kratom on weight loss in rats.

The study found that kratom produced a strong antidiarrheal effect for the rats. Because the digestive tracts of humans and rats are fairly similar, rat-based studies are often considered to have implications for human beings. The rats in the study did experience a significant difference in body weight, which the researchers attribute to kratom.

Until researchers complete a similar study with human subjects, it might be too soon to claim that kratom works as an appetite suppressant. However, self-reported data from the Journal of Ethnopharmacology does support the frequency with which people list appetite and weight loss among their kratom effects.

Some studies say mild stimulants might increase metabolism, which may help with weight loss. This study shows the effects of caffeine on energy metabolism, methylxanthine metabolism, and heart rate. Many kratom enthusiasts report that certain types or amounts of kratom are as stimulating as a cup of coffee, which raises the question of whether kratom would produce similar results on heart rate, metabolism, and weight.

Dr. Sukan’s study tested extracts from Kratom leaves for their ability to inhibit two enzymes associated with diabetes. Kratom has been shown to be useful in alleviating signs of sugar problems. It may help prevent complications associated with similar issues.

We can see why many people claim that kratom makes you lose weight. There are countless stories from kratom enthusiasts online, and even some researchers have begun to take an interest. Unfortunately, until we see additional studies on kratom and weight loss in humans, we can’t claim with 100% certainty that kratom causes weight loss. That said, we put a lot of stock in the reports we hear from our customers, and we’re excited to see scientific proof in the future.

Ultimately, the best kratom for weight loss is the one that works for you. Many customers say KRATOMADE is best because the flavored kratom powder isn’t as hard to tolerate as regular kratom. Furthermore, these instant powdered drinks offer delicious flavors that might even reduce your craving for other snacks! Which flavor will you choose for your weight loss journey?

Disclaimer: These statements have not been evaluated by the Food and Drug Administration. The efficacy of these products has not been confirmed by FDA-approved research. These products are not intended to diagnose, treat, cure or prevent any diseases. These products are not for use by or sale to persons under the age of 18 or 21 depending on jurisdiction. They should not be used it you are pregnant or nursing. All information presented here is not meant as a substitute for or alternative to information from health care practitioners. Consult with a physician before use if you have a serious medical condition or use prescription medications. A Doctor's advice should be sought before using. We assume no responsibility for the improper use of our products. By using this site, you agree to follow the Privacy Policy and all Terms & Conditions printed on this site. Void where prohibited by law.